Why i think Hougang will have just 2 parties contesting

Why i think Hougang will have just 2 candidates contesting. And Workers party will emerge victor

The 2 are the obvious parties are Workers party and the PAP. Hougang has always been the stronghold of the workers party they are not going to give it up. As for PAP they are not confident in winning in Hougang but they have to contest cos by pulling out it would send a message to Singaporeans is that they have no interest in that GRC .

If they field a experienced MP they fear losing him just like they lost George Yeow. To safe some face they would field a lesser experienced MP. Definitely not someone holding a Minister position cos it is risky. They ain't gonna take the risk.

I would hope Khaw boon Wan or Wong Kan Seng contest. Then it will get interesting. The PAP is not that stupid to do that.

What Yaw Shin Leong did is a disgrace. But it has nothing to do with the party or his work at Hougang GRC. I applaud Workers party for sacking him.

Hougang is not a ABU and they are NBU.
ABU = anything but united
Means to support any other football team but Manchester united. Similarly in this situation it means that the people of Hougang are not ones who support any party but the PAP.

NBU = Nothing but United
Means to say these supporters support no other team but Manchester United.
The people in Hougang are ones who support no others but the workers party.

Without a doubt the workers party were the only opposition who has been successful in the 2011 GE.

This by election might see another workers party member emerge and make his way into the parliament. There is absolutely no chance for pap or other opposition in this matter.

Tan Jee Say would well tell all other opposition to stay away from Hougang, cos he of all people would know very well about the votes being diluted.

In my opinion Workers party for the win. This is gonna be a easy one.
Posted by Vasanthan at 7:24 AM 27 comments:

I would like to share this VPN service with you. This will ideally help those who have bought a kindle from the use. The more recent one is Kindle Fire which is pretty good and comparable to the galaxy tab. But the problem is we can only purchase the books if you are from US. For those who are residing outside the US, there is no way of doing these purchases.

That’s when SuperVPN can help. All you have to do s enable the VPN support in the kindle and just connect to any wifi connection. the kindle will connect to supervpn and emulate a US IP address. With the IP address you can go ahead to purchase books from amazon. This is not illegal. It is completely safe and it will also protect your identity.
You can get Super VPN Services from the following link: http://www.supervpn.net/
Posted by Vasanthan at 9:26 PM 25 comments:

Teach a man to fish VS Teach a fish to beg?

Many of us would have read about the quote, Give a man a fish he eats for a day and teach a man to fish he eats for a lifetime.
Now Resorts world Singapore is doing the opposite. They capture a healthy fish who knows how to find food for itself in the wild to do silly stuns to beg for food!
The dolphin would be kept hungry, and each time it does what its told it gets food. Has anyone taught how the dolphin would feel?
Dolphins have a lifespan of 45 years in the wild and just averaging 25 in captivity, excluding those who die shorty after they have been captured.
Is our entertainment really worth their freedom?
Posted by Vasanthan at 8:45 AM 5 comments:

Teach a man to fish VS Teach a fish to beg?

Many of us would have read about the quote, Give a man a fish he eats for a day and teach a man to fish he eats for a lifetime.
Now Resorts world Singapore is doing the opposite. They capture a healthy fish who knows how to find food for itself in the wild to do silly stuns to beg for food!
The dolphin would be kept hungry, and each time it does what its told it gets food. Has anyone taught how the dolphin would feel?
Dolphins have a lifespan of 45 years in the wild and just averaging 25 in captivity, excluding those who die shorty after they have been captured.
Is our entertainment really worth their freedom?
Posted by Vasanthan at 8:45 AM 1 comment: 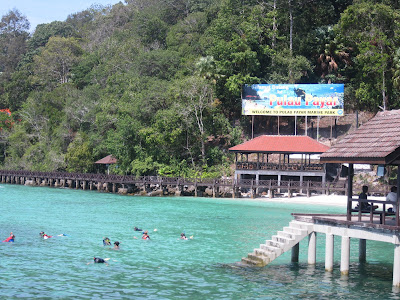 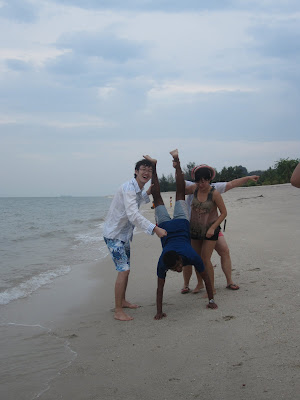 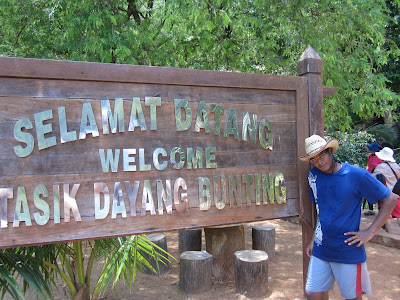 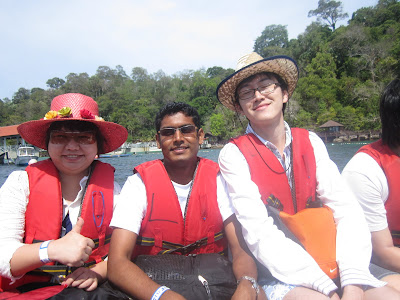 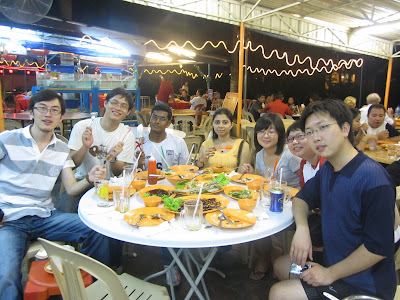 After my India trip my colleagues and I planned to go to Langkawi. The plan came after someone discovered very cheap flight tickets to Langkawi. Budget flight of course. Initially the plan was for 12 of us to go, but then as the dates drew closer many had their business trips and meetings that only 7 could go in the end.

I was the only diver in the group so we did snorkeling instead. So those who think snorkeling is only for those who can swim, you are wrong. Even if you cannot swim, you can snorkel, because you will be issued with life vest which will enable you to float no matter how deep. But I don’t want to send the wrong message across, if you do not know how to swim, have a good swimmer around guarding you just in case.

The highlight of snorkeling in Langkawi is that there are sharks! Yes I didn’t spell it wrong . You can swim along with small sharks , which are also harmless towards humans. If you want to know more about Langkawi you can wiki it. we didn't just go to Langkawi, we also went to Kuala Lumpur. In KL we went to the Famous Batu Caves, Kuala Selangor to watch Fire Flies and also the twin towers. i will write about it in my later posts.
Posted by Vasanthan at 8:54 AM 5 comments:

Time out from Werk! 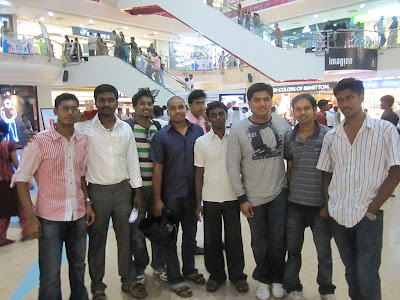 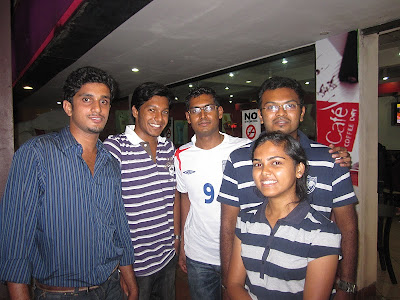 Just last week I was in India to Bangalore on business trip. Work work just from Monday to Thursday. Since Friday was a holiday I decided to head to Chennai to meet my friends whom I have known when I was in Chennai doing my Cisco certifications. To tell the truth I was feeling like I was in a rut, going to work week in week out and the same old thing followed. I needed a break and Chennai certainly provided it. I needed a change in mood.
The weather was definitely difference. It was burning hot during the days, I had experienced I before but then it still feels surprising how cruel god is to Chennai people. But the people are one of the most nicest people I have come across in all my traveling. Compared to Bangalore and Chennai, the Chennai people are more nice, to visitors and less likely that you will be cheated (except for the auto drivers :P).

During this trip I also managed to finally meet up with Shalini, a blogging friend whom, the only times I have seen her was once during indiblogger, blogger's meet and once by coincidence at spenders. I am thankful that she actually made time to meet me along with her other friends. I now have 4 more friends to visit when I come to Chennai the next time.


The time of my trip was also good since another friend of mine, Imran, who was currently studying in the UK came back to Chennai for the Easter holidays. That made way for a big gathering at “skywalk” the new shopping mall in Chennai. We took that chance to update each other on the troubles we have got into during the time we were away.

For the first time in a long time I was not troubled by work, and deadlines. And lucky enough I also didn't received calls from work. It seemed like everyone knew I was having a holiday and they probably should not be calling me.

This trip was one I didn't go sight seeing at all, just meeting friends and it felt much better than a tour trip.

I will be going on another trip soon, this Wednesday to be exact, that to Langkawi, Malaysia. That will be a trip with my colleagues and a mini getaway. I urge my readers, to take little breaks from their daily routine, it helps to focus and get the groove back.
Posted by Vasanthan at 3:51 AM 4 comments:

Its time for me to restart my engine room

it has been a long time since i have been in the blog world. i somehow lost the inspiration to write.
i love writing and i put all my imagination, humor and knowledge juices to write a good blog entry. It gives me pride and happiness when i write a good article. i had lost this touch and it is sleeping inside. i am now trying to revive that feeling.

Currently my company is trying to help the chinese staff in my company who are from mainland china and there english is not up to par, many times we get problems comunicating. i have been selected by my boss to conduct English lessons in the office once a week, to teach them how to write good e-mails, how to talk to customers and basic communication technique. I am now looking for methods to make these lessons entertaining at the same time enriching.
last week we had a session on e-mailing and i know it sucked big time, cos it was boring. For me to present it as well. At the end of the day what matters is that they take back something and use it, and it should have a positive improvement. please my readers give me sum suggestions to teach English.
Posted by Vasanthan at 8:32 PM 7 comments: